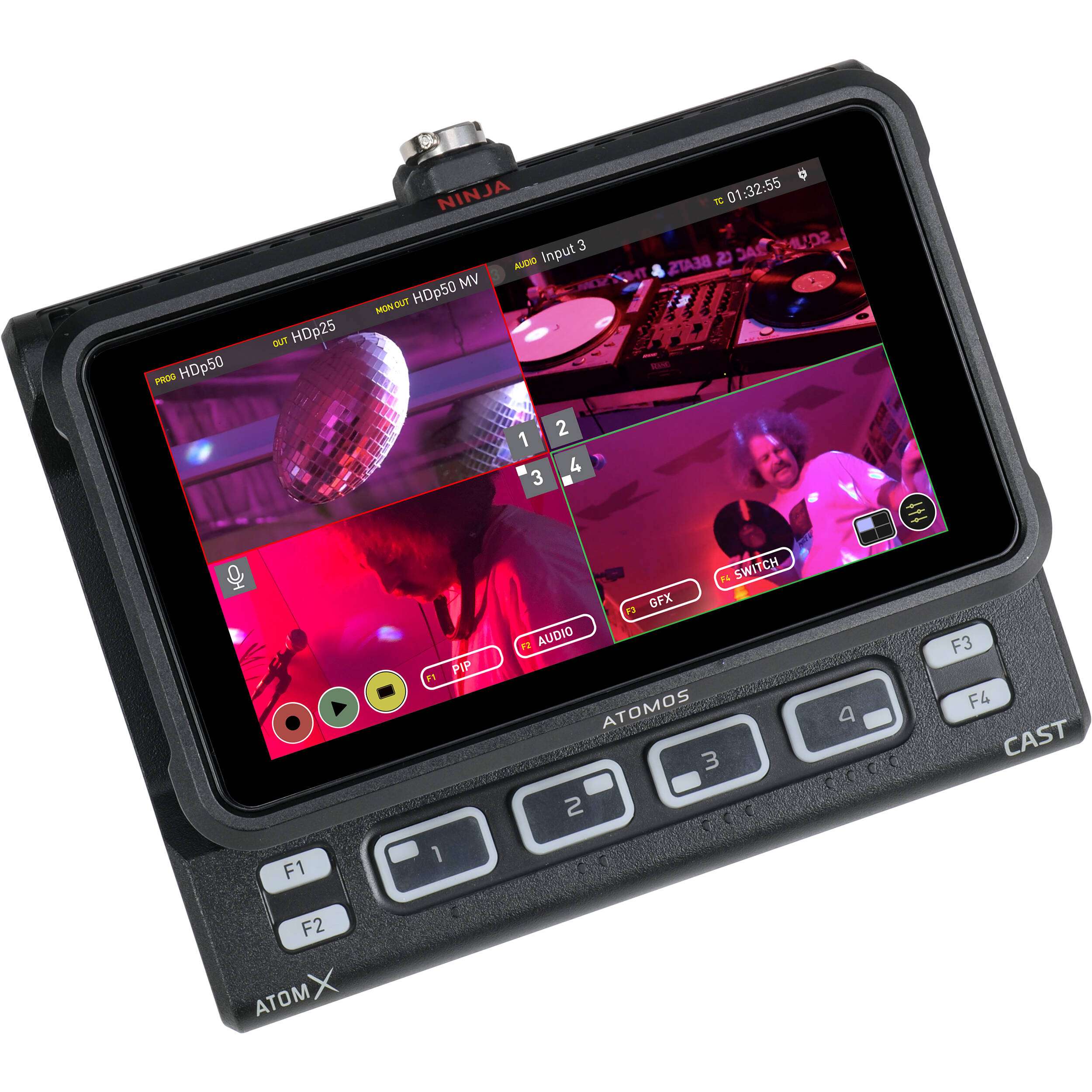 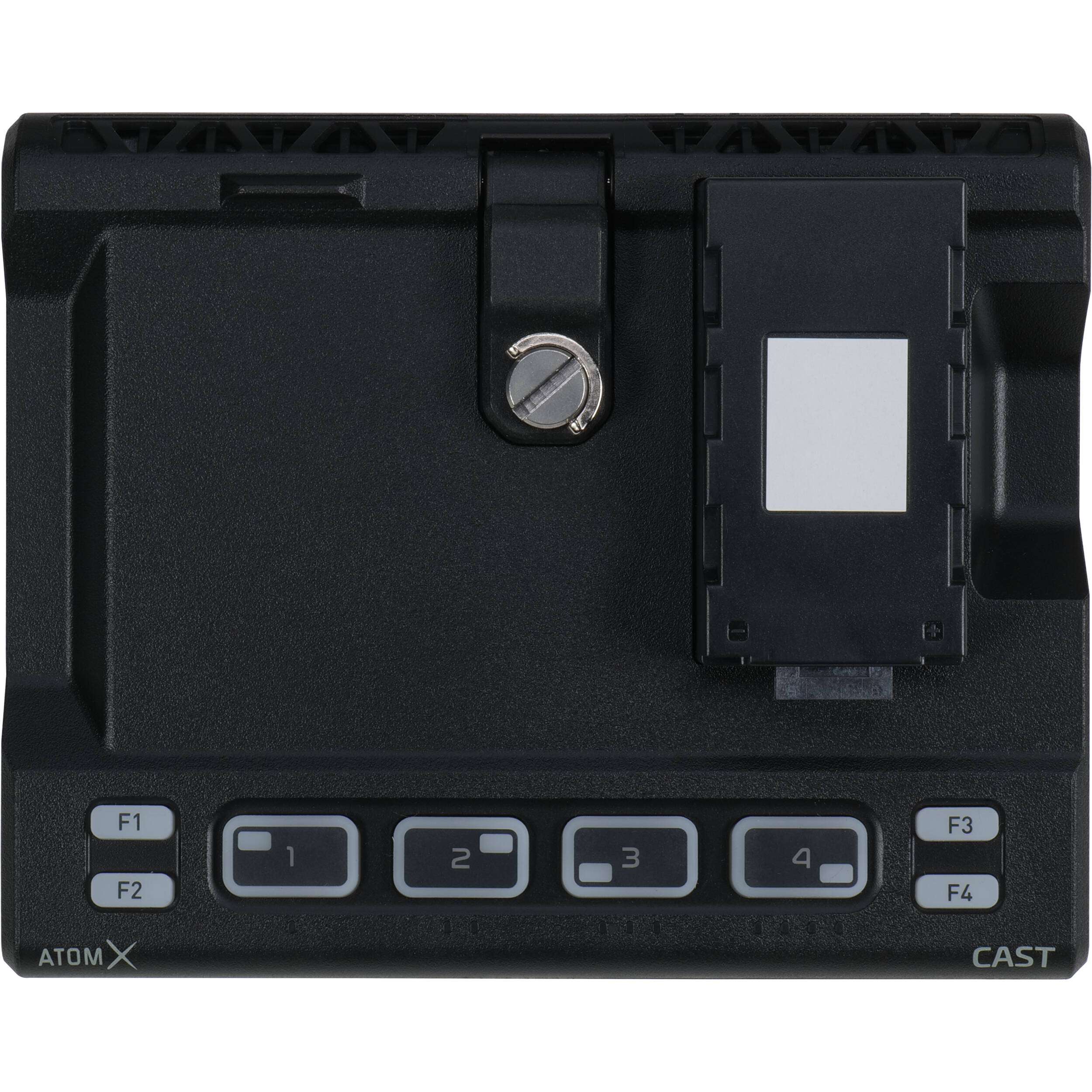 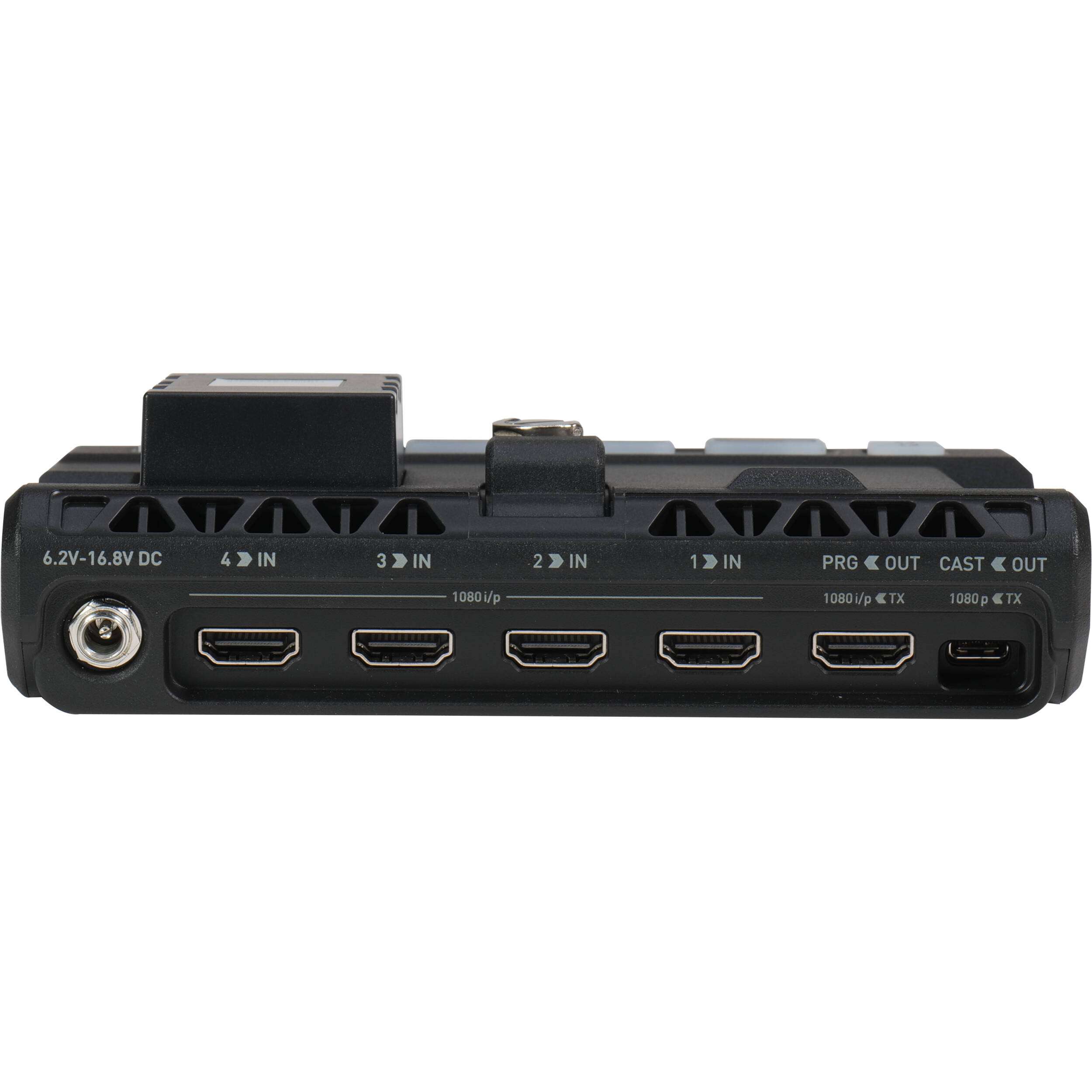 Convert your Ninja V or Ninja V+ 5" monitor into a full multi-camera broadcast studio switcher with the AtomX CAST from Atomos. The AtomX CAST takes its name from "broadcast", and it allows you to switch up to four HDMI video sources and output it to a variety of destinations such as an external monitor, a recorder, a separate switcher, or to a live streaming computer. Applications include corporate, house of worship, event, family, or studio production environments.

The CAST is specially designed to mount onto the back of the Ninja V/V+ monitor, and it provides four HDMI inputs that support a mix of different resolutions up to 1080p60. The touchscreen monitor can view a single image, Picture-in-Picture, or 4-Up modes, and you can also add logos and graphic overlays. It can send Program, Preview, Picture-in-Picture, and 4-Up displays to the HDMI output. You can select the source for monitor/output using the four source buttons, and you can also select the source using the monitor touchscreen. There are also four programmable function buttons to perform specific shortcuts.

The monitor allows you to preview your broadcast while simultaneously outputting to a recorder, a monitor, a projector, or when using the optional AtomX Connect for live streaming using a computer. It also supports recording output to ProRes and Avid DNx formats. It is compatible with most streaming platforms such as Skype, Zoom, Teams, and more using UVC with the included USB Type-C cable. The CAST is powered using the power adapter included with your Ninja V/V+, and it passes the power on to the monitor through the battery mount.

Note: Compatible with the Ninja V+ model when used with the latest firmware.

HDMI Output
Can output mirror, Preview, Program, Picture-in-Picture, or 4-Up via HDMI