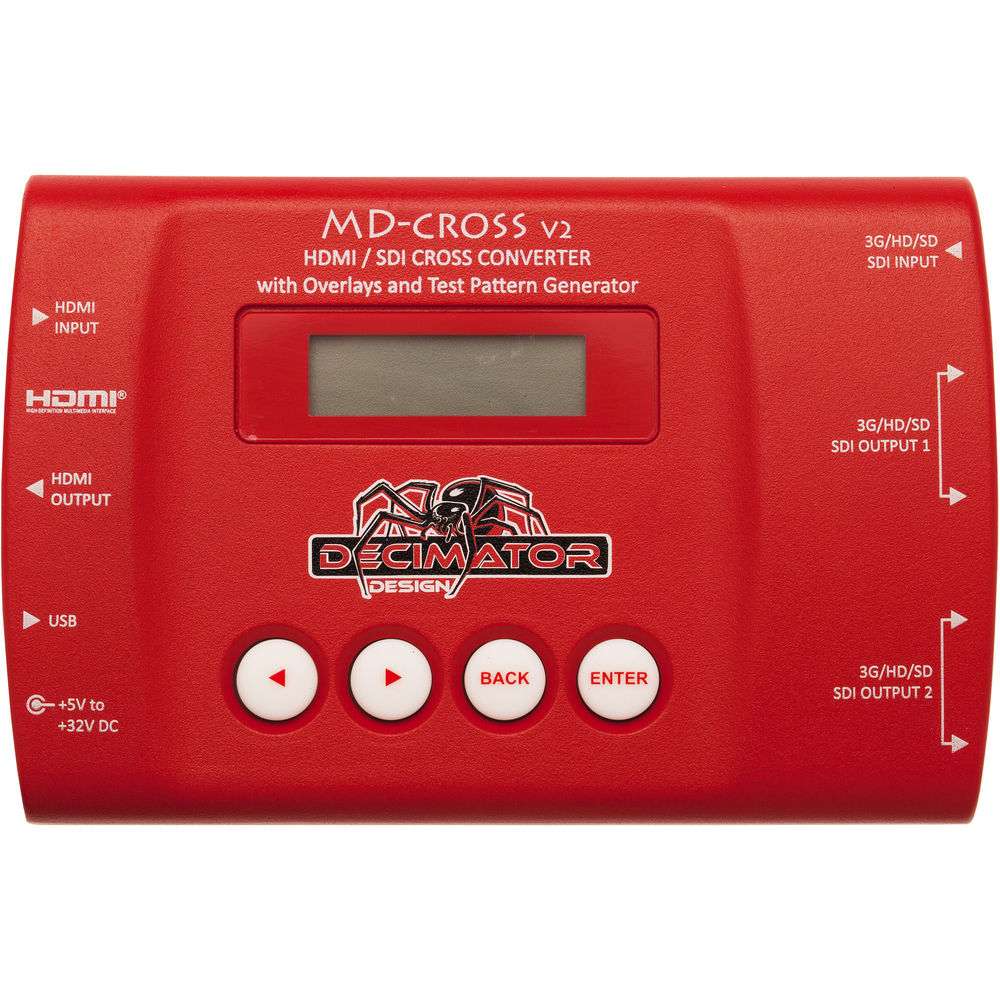 Combining SD, HD, and 3G test pattern generation with capabilities usually reserved for a computer controlled scaler/converter the DECIMATOR MD-Cross V2 Miniature HDMI/SDI Cross Converter is a small independent device that features the same proven cross converter found in DECIMATOR's larger MD-DUCC. The DD-Cross features both an HDMI and a 3G-SDI input, and can cross convert either signal to the other. It features a built-in scaler and frame rate converter as well, allowing you to convert the input signal to your required output standard.

The included test pattern generator of the MD-Cross supports 26 selectable output formats with 54 test patterns. It features one HDMI output, one loop through SDI output, and two pairs of 3G-SDI outputs, controllable via fourteen selectable conversion modes, providing you with a variety of modes to fit your needs. This converter does not require a computer or DIP switches to control as it incorporates a small LCD screen for menu functions, and four buttons for control. It comes with a power supply with locking power cable to prevent accidental power loss during use.

Note: Firmware Release 2.0.6 adds 3G-SDI Level B support for 1080p60/59.94/50 for this model, as well as the ability to set the SDI output to 3G level A or B and convert between A and B. It also enables horizontal and vertical image flipping via the built-in scaler.

HDMI to SDI / SDI to HDMI