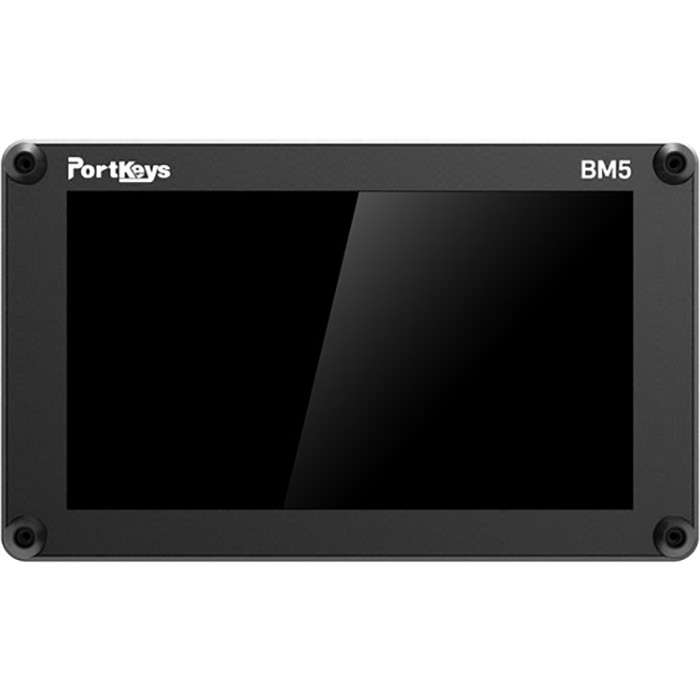 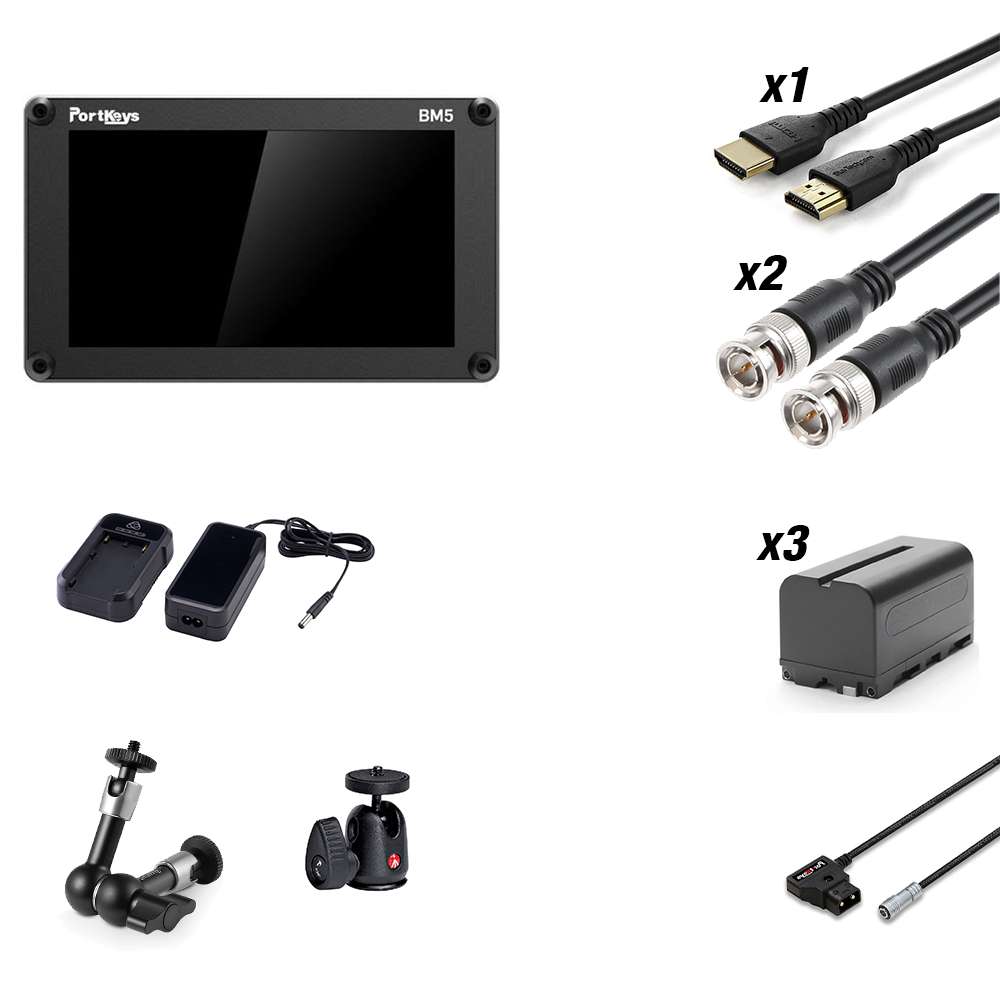 Designed to add professional monitoring tools to DSLR and mirrorless cameras, the BM5 5.2" 3G-SDI/HDMI Touchscreen Monitor from PORTKEYS offers a bright, 5.2" lightweight monitor with a sharp display and a camera control box.

The 1920 x 1080 LCD panel offers 2200 cd/m² brightness, which can be clearly viewed in daylight, and HDR preview is also supported. The HDMI and SDI inputs support up to 1920 x 1080p video, and an SDI loop-through output allows you to send the image to another display. The monitor also supports HDMI-SDI cross conversion.

The integrated camera controller provides camera control such as record, shutter, focus, and more, depending on which functions are supported by your camera via the control port. A control cable is included to connect your Blackmagic Design Pocket Cinema Camera, BMPCC 4K, or URSA Mini camera to the monitor. Separately available cables can be purchased to connect to other camera types. There is also a 4-pin LEMO-type port that allows you to power and control follow focus controllers such as the Tilta Nucleus Nano and Nucleus-M via the monitor.

The monitor features various monitoring tools such as waveform, histogram, false color, and vectorscope as well as focusing aids like peaking, zoom, and markers. At the rear of the monitor, a built-in L-series battery plate accepts a separately available battery or dummy battery for power while an integrated power output can also power your camera via the included cable.

A USB flash drive is included to load custom 3D LUTs via the USB port.