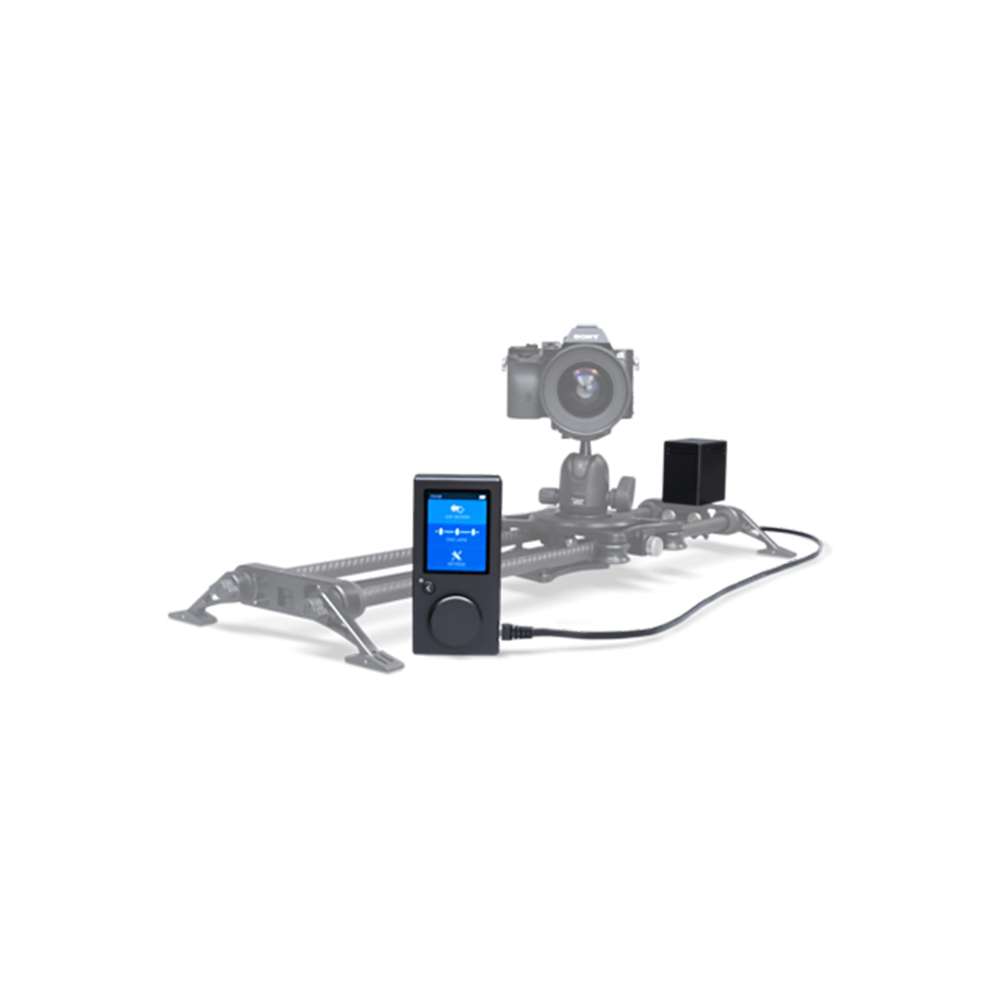 Rhino Motion includes a motor and controller for Rhino EVO sliders. It's designed to capture live motion and time-lapse shots, and offers two time-lapse modes — Simple Time-lapse and Advanced Time-lapse, the latter allowing you to control the shutter, so you won't need an external intervalometer. The shutter is released by the Rhino Motion itself.

Within the other option — Simple Time-lapse — you get to assign the travel distance, total time, and ramping (easing in and out). You can also assign a Loop setting that lets you repeat the assigned timeplase in the opposite direction so you can film an interview with your B-camera autonomously moving back and forth. After the start of the time-lapse, the LCD of the controller will then display status figures, such as Percentage Done.

During live motion capture you can turn the camera in real time by turning the wheel on the dial, ensuring a better chance of capturing spontaneous moments. The wheel incorporates an advanced magnetic encoder technology that provides highly responsive control during filming as well as menu navigation.

The motor features an ultra-precise .7µ resolution drive system and 7-hour built-in battery. The extended battery life enables you to use Rhino Motion on multiple shoots on a single charge. The motor also functions at nearly silent operation when at low speeds, so you can capture quality video and audio simultaneously.