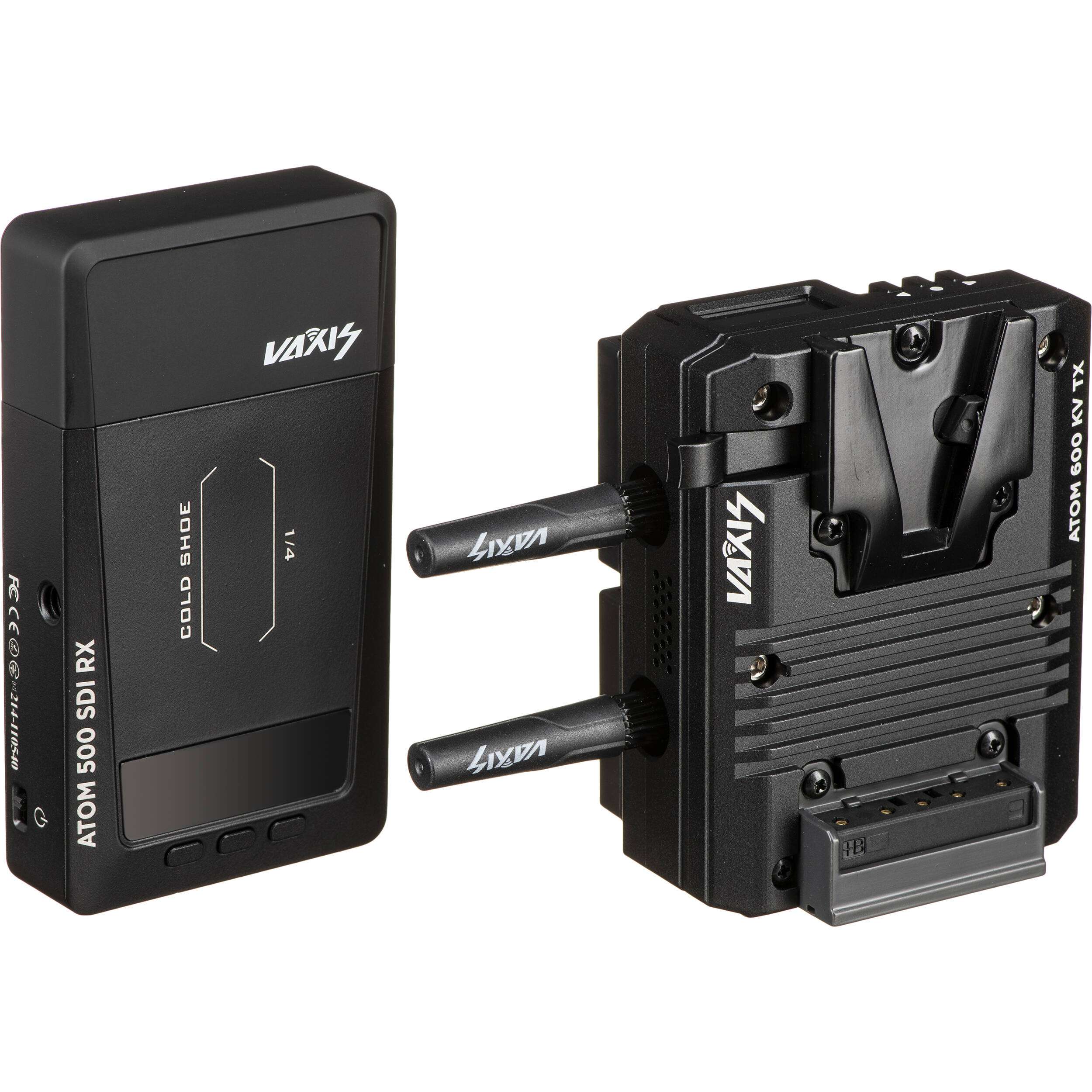 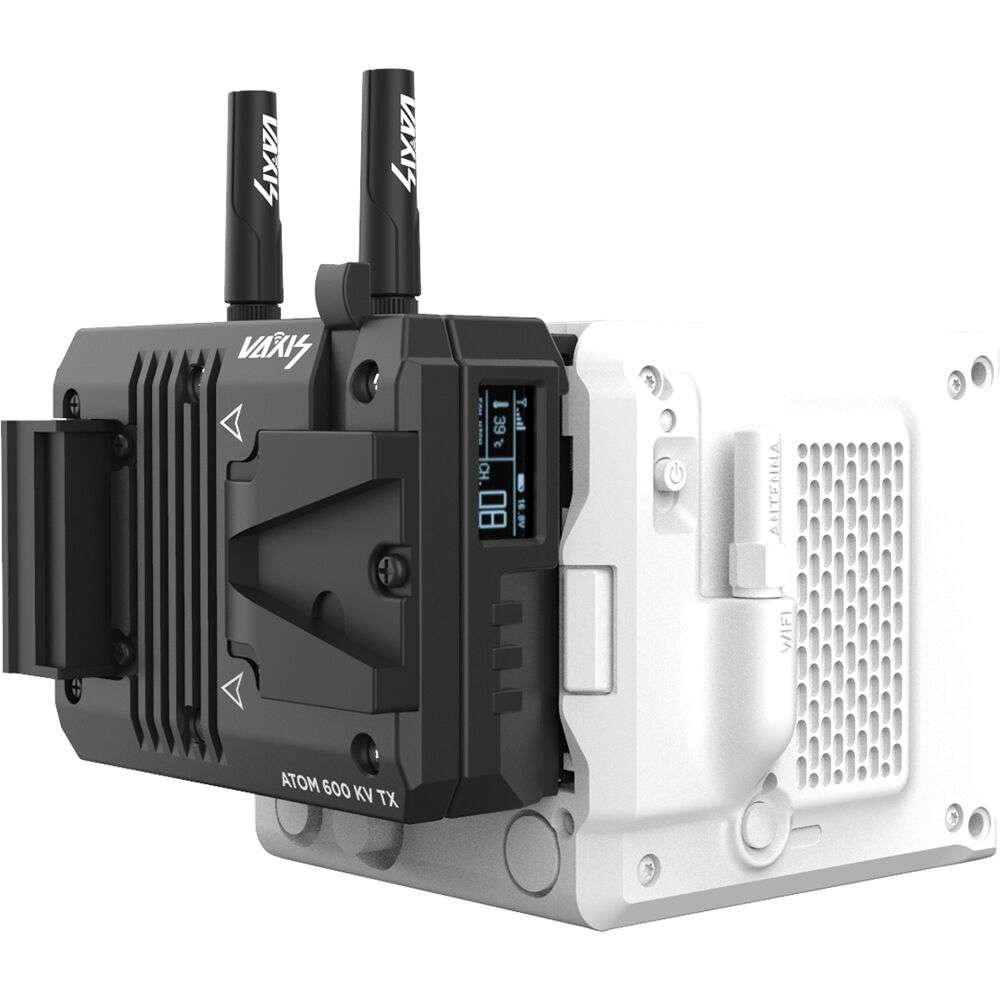 The transmitter features one SDI input and SDI and HDMI loop outputs, and it also supports multicast over Wi-Fi to up to three mobile iOS devices using the Vaxis Vision app for monitoring. The ATOM 500 receiver features one SDI and one HDMI output for a monitor, switch, or other video destination. They both feature a bright, clear OLED display and both feature smart cooling fan that can be turned on and off to prevent noise during your production.

The transmitter mounts onto the KOMODO's dual-battery plate and powers using a V-mount plate for a separately available high-capacity V-mount battery, and it will also pass through power to the camera. The plate can be installed in a horizontal or vertical configuration that can be changed by the user by removing four screws on the battery plate. The receiver is powered using a USB Type-C power source or by using its L-series battery plate.