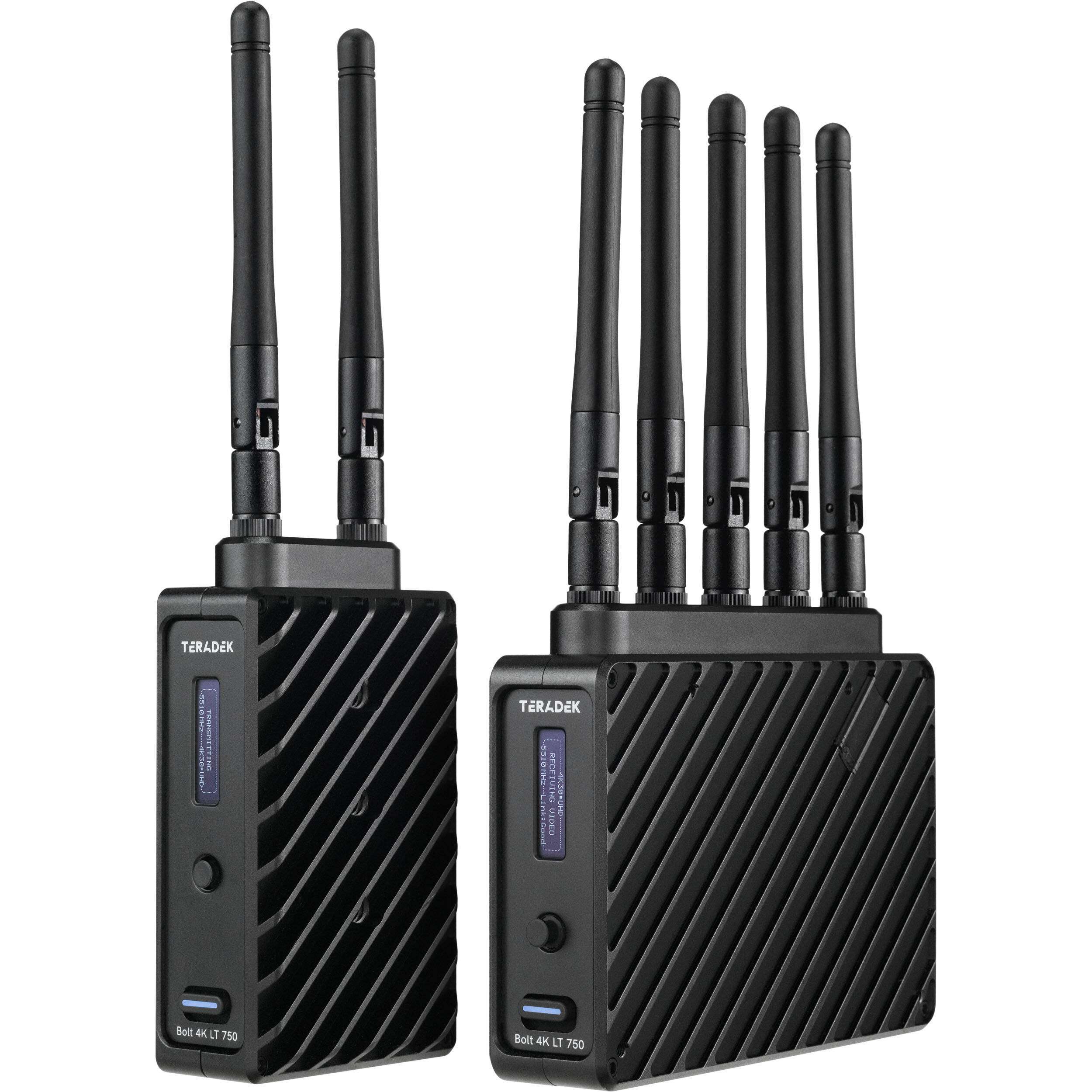 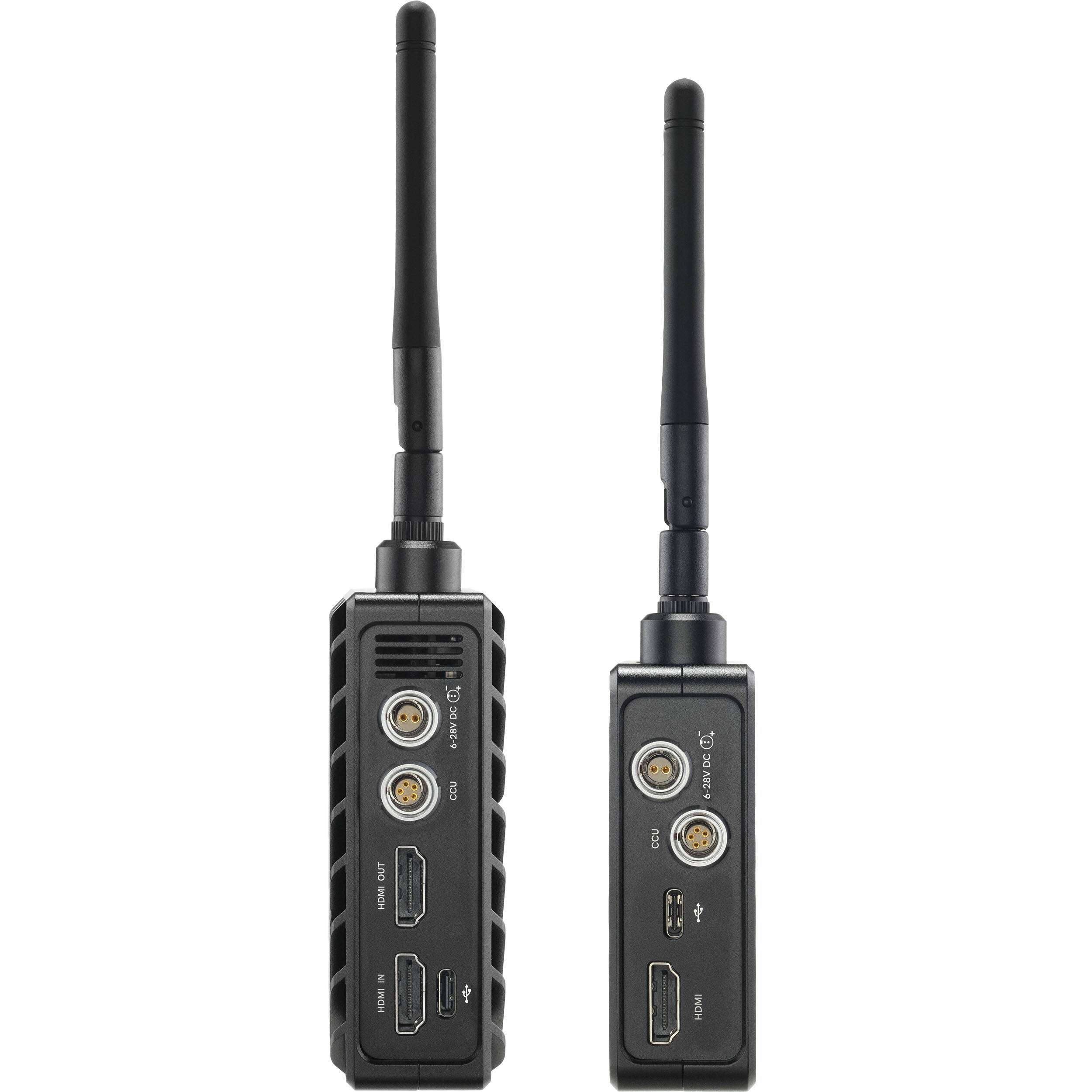 Transmit and receive lossless HD video up to 228,6 m along line of sight with the Bolt 4K LT HDMI Wireless RX/TX Deluxe Kit from Teradek. The kit includes a wireless transmitter and receiver that can wirelessly receive up to 4K30 video with 10-bit 4:2:2 HDR support. The transmitter inputs up to 4K video over HDMI and the receiver outputs video via HDMI. A V-mount battery plate is included to power the receiver with a professional V-mount battery. The deluxe kit also includes a shoe mount adapter and a 1/4-20 light stand adapter.

Teradek Bolt 4K LT HDMI Transmitter
Transmit lossless HD video up to 228,6 m with the Bolt 4K LT HDMI Transmitter from Teradek. With the same form factor as the Bolt 4K LT 750, this transmitter can receive up to 4K30 video over HDMI only with 10-bit HDR support. It transmits visually lossless video to any Bolt 4K series receiver with zero delay. The transmitter unit provides a powerful signal that can travel up to 750' along line of sight. It also features a bright OLED display and an HDMI loop output.

The transmitter supports transmission of up to 4K30 video to up to six receivers and features improved metadata, range, and compatibility over its predecessors. Built-in AES-256 encryption protects your video from prying eyes, while noise rejection keeps your video clean no matter how many devices are using the wireless spectrum. The Bolt LT system also supports the transmission of timecode and start/stop triggers from the camera.

Bolt 4K series units are all cross-compatible, so you can transmit to different Bolt 4K series receiver models. The transmitter also supports an iOS or Android app that easily connects via Bluetooth, which provides a spectrum analyzer, channel selection tools, and remote configuration. There are 1/4"-20 and M3 mounting threads to mount your transmitter on a variety of cameras, cages, or rigs.