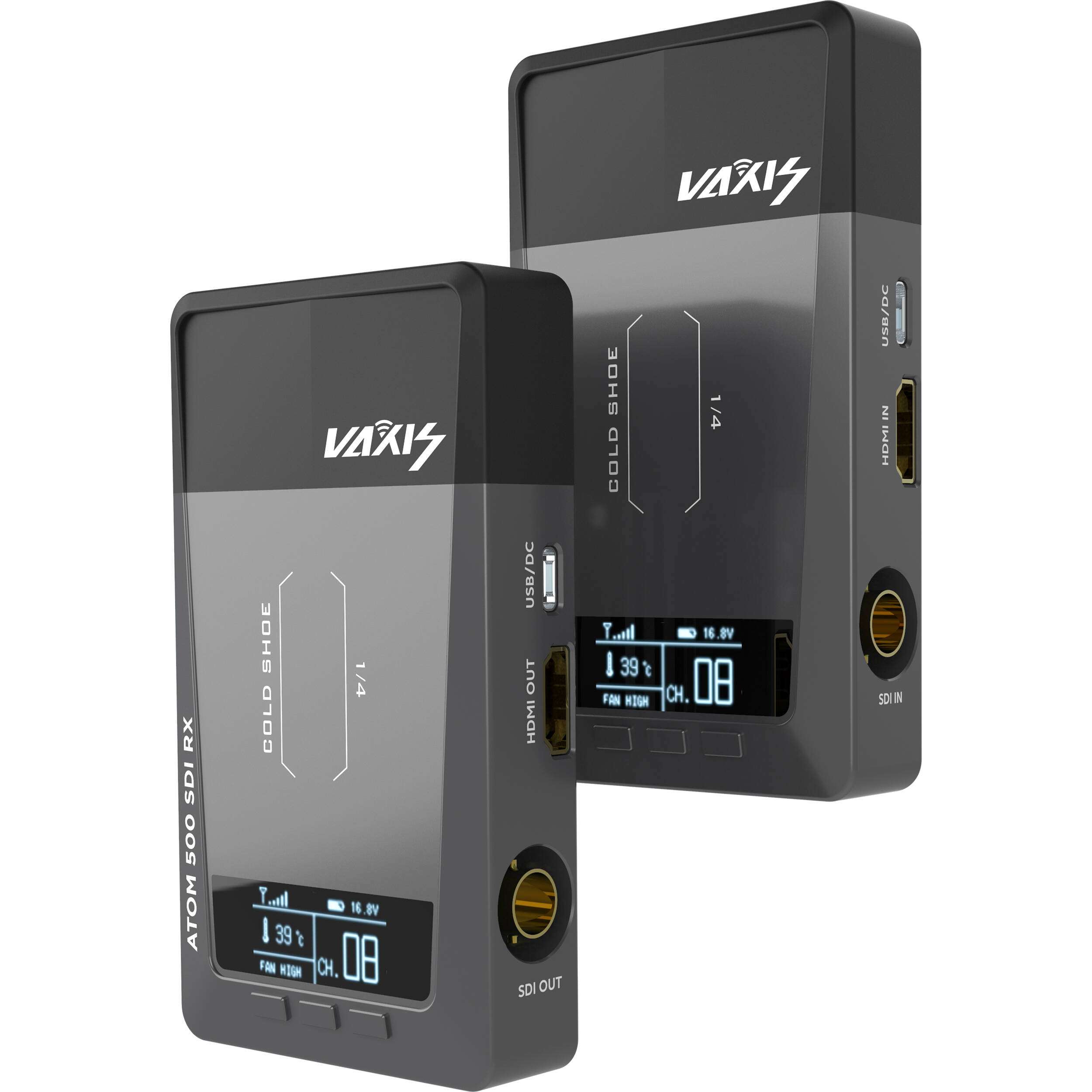 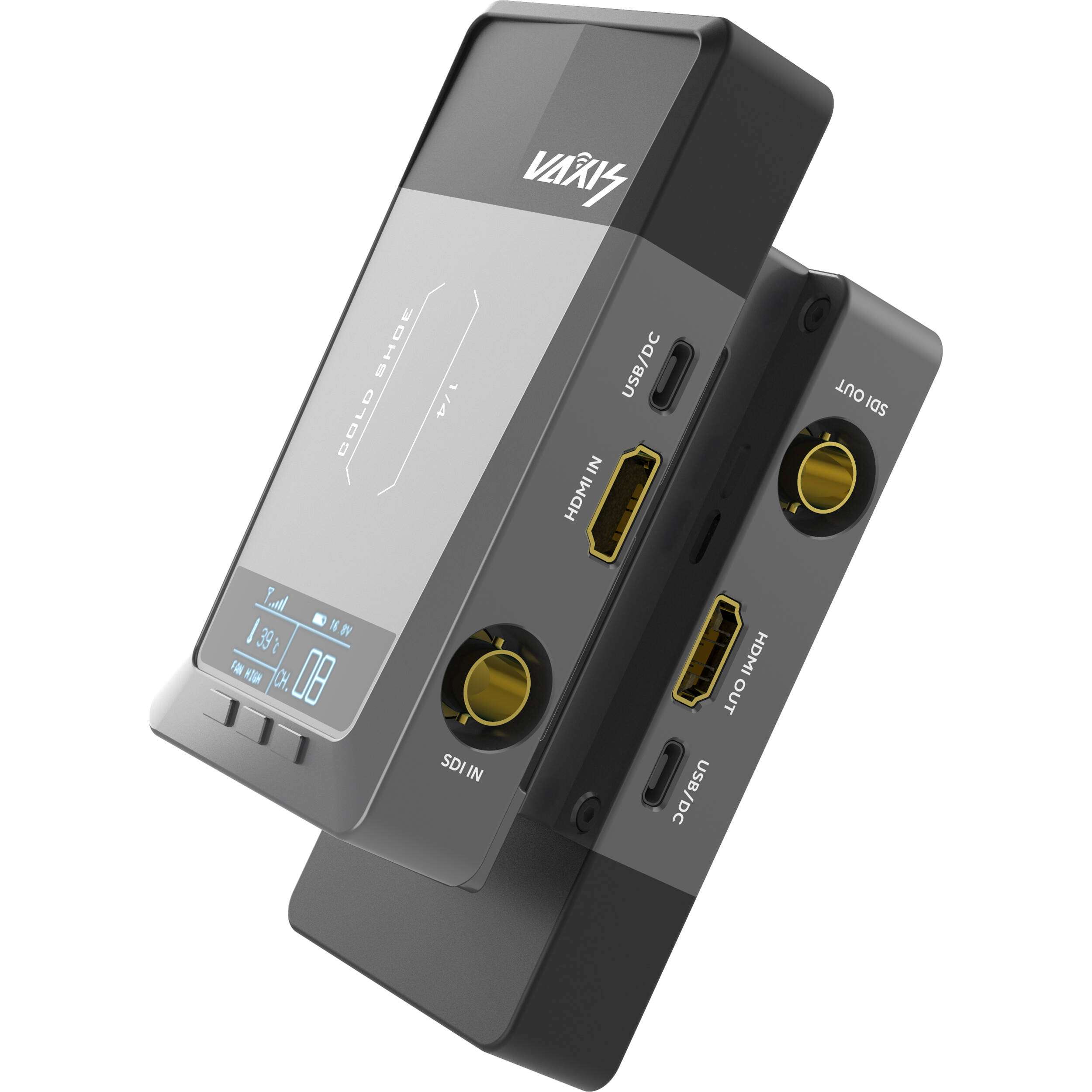 Sporting both 3G-SDI and HDMI connections, the ATOM 500 SDI Wireless Video Transmitter and Receiver Kit from Vaxis enables transmitting visually lossless, H.265 video signals to the Vaxis receiver with less than 80 ms latency. The transmitter sends a powerful line-of-sight signal up to 500' and it can also multicast via Wi-Fi to up to three mobile devices for monitoring.

The transmitter features one 3G-SDI and one HDMI input while the receiver has one 3G-SDI and one HDMI output. Each unit features a bright, clear OLED display and they have a cooling fan that can be turned on and off to prevent noise during your production. They can be powered using its USB Type-C connector with the included cable or by using a separately available L-series battery. The USB input can also be used to upgrade the firmware.